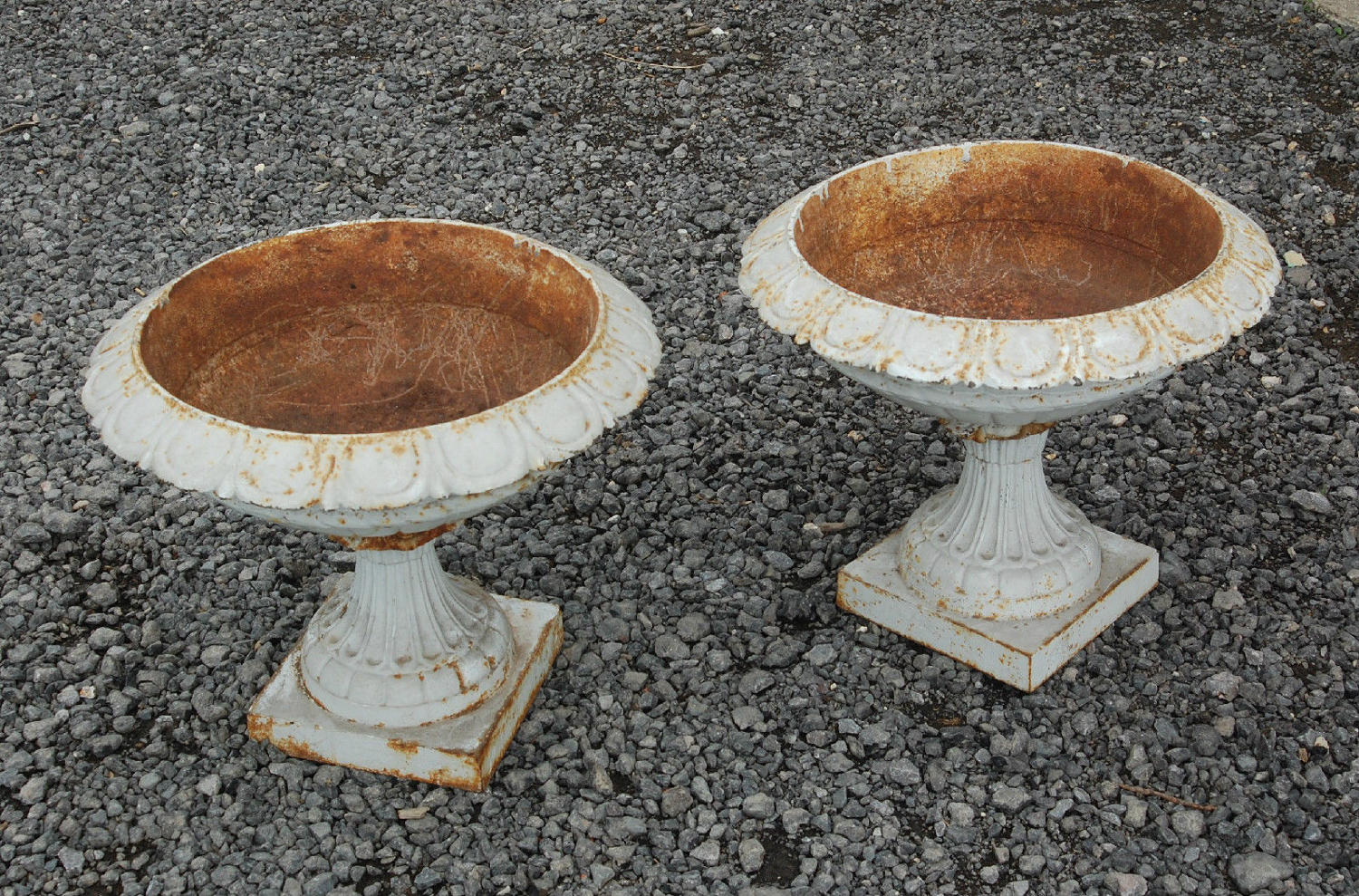 A pair of decorative, cast iron, reclaimed urns that have a fantastic weathered, shabby chic, style. The urns have a traditional, period look with fluted stands, an attractive design around the bowl and leaf designs below. The urns are heavy and the casting is of a fine quality. The urns are reclaimed and therefore have some signs of use and wear. The paintwork is peeling and chipping in areas, exposing some patches of surface rust, giving the urns a wonderful weatherd effect. The inside of the urns have surface rust. One urn has some movement as the connecting bolts between the stand and bowl are loose. However the urn is useable and the bolts could possibly be tightened or replaced by purchaser. There are some chips and knocks to some leaves below the bowl. The urns are suitable for inside or outside use and would give great style and interest to a room or garden. The urns could be used to hold plants, decorative items or could stand alone. The urns could be refinished by purchaser if desired or the weathered look left. Urns such as these have great stylistic value and would compliment a period home or garden.

Diameter from edge to edge 56cm 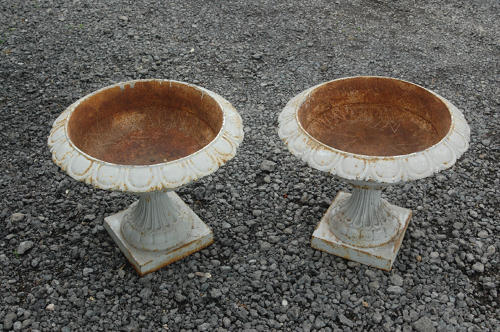 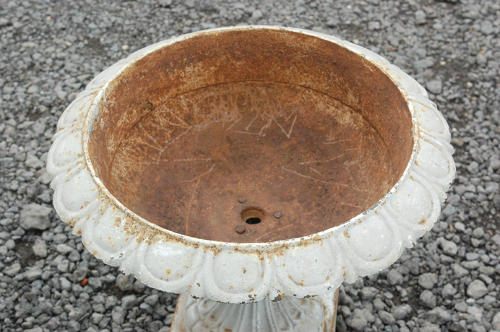 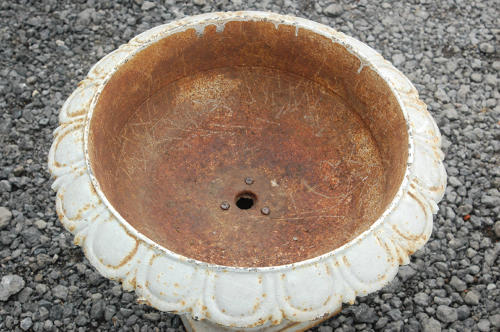 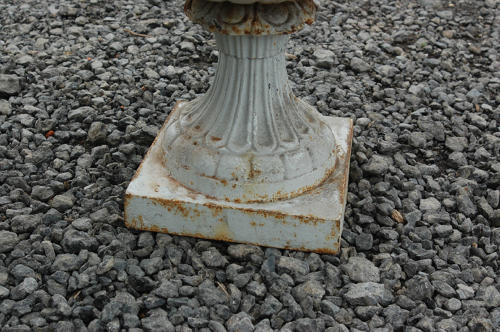 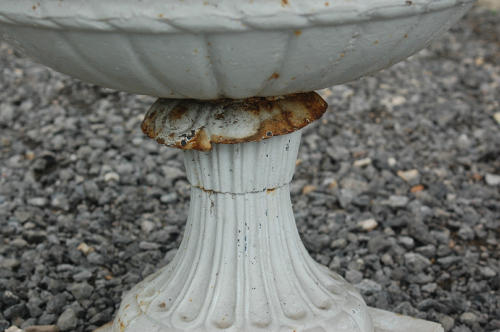 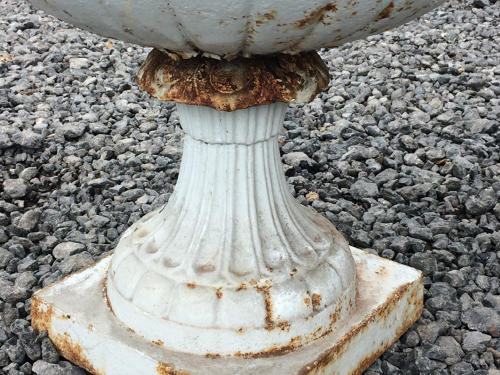