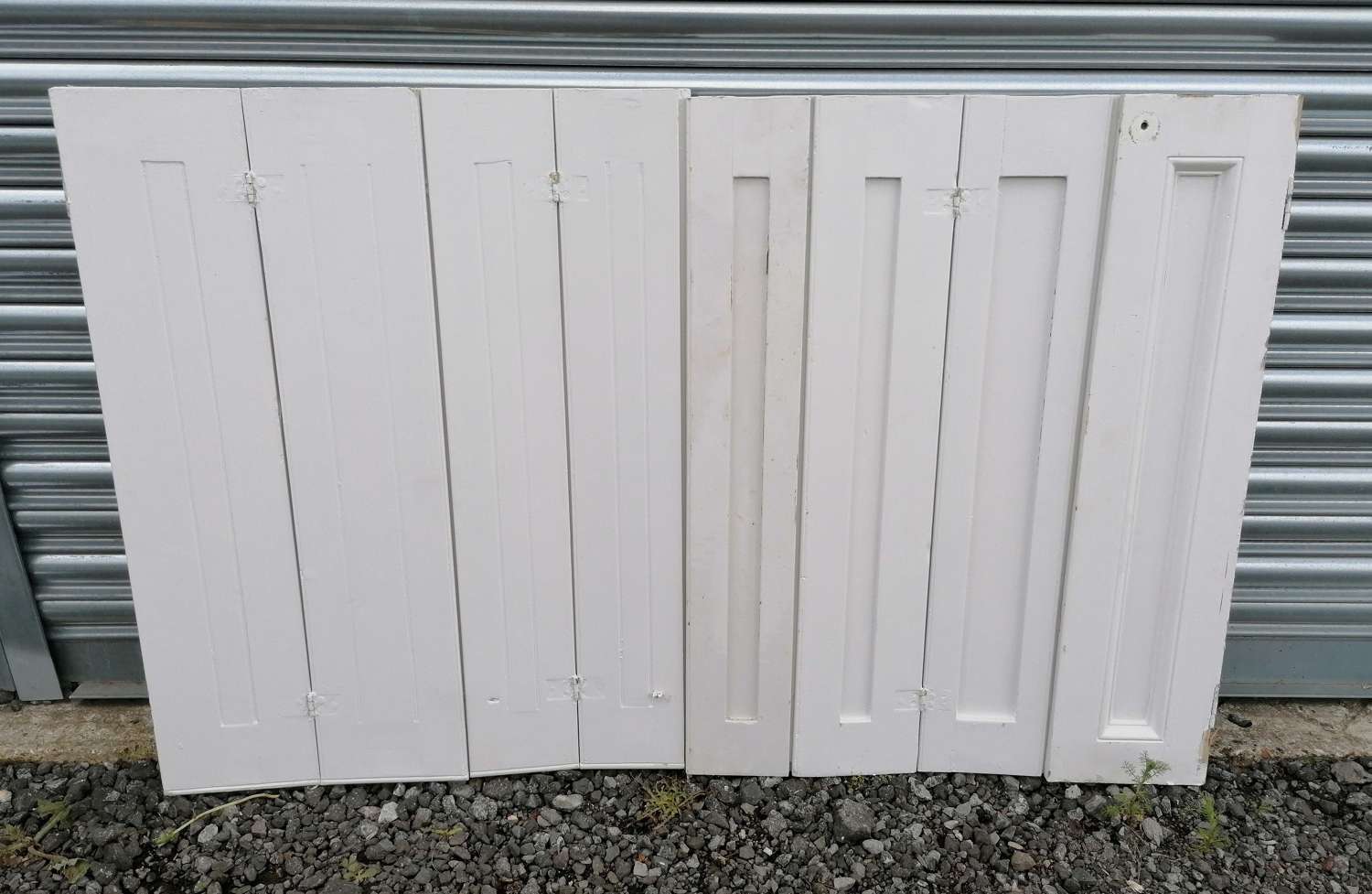 A pair of modern reclaimed shutters comprising of eight leaves, four on each side. The shutters are hinged on the outside and each of the four leaves, on each side, is hinged together so they can be folded back neatly against the wall. There is a rebated edge so the shutters sit nicely together. On one side the shutters have recessed panels and the end shutter has mouldings. The other side of the shutters have flat panels. The shutters have been painted white but there are some marks and chips to the paint and may need to be sanded and re-painted by purchaser to suit. The shutters are reclaimed and therefore have some signs of wear and use. There are some knocks and chips especially to the edges and some separation to the joints. One corner has some slight damage. The shutter heights may need slight levelling. There are some small holes where hardware has been removed. Some hinges may need replacing. Please see pictures for condition details. The shutters have a lovely period style appearance and would be a nice addition to the home.

Width each side 68cm excluding rebate 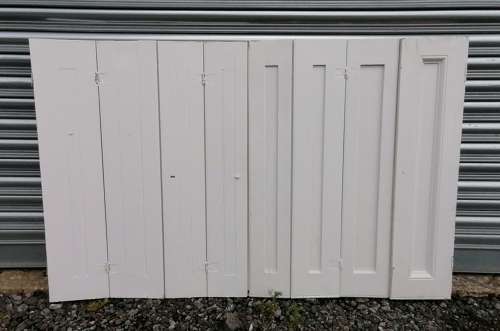 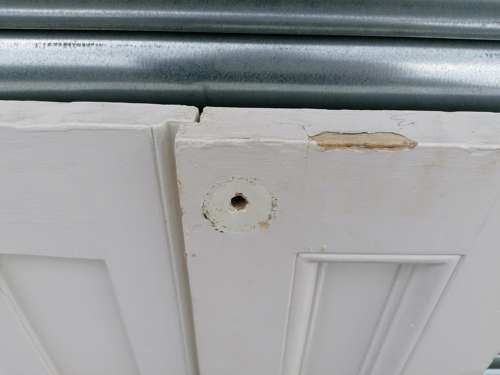 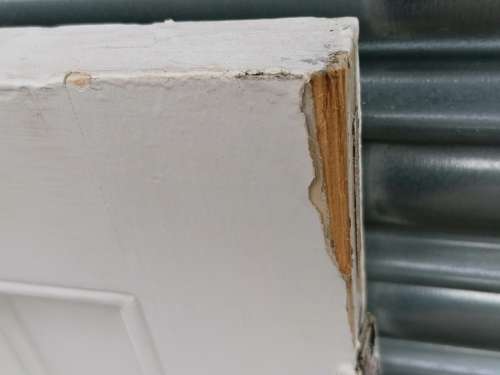 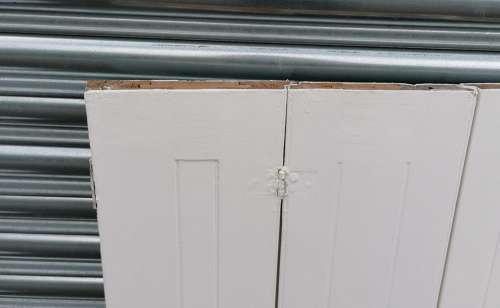 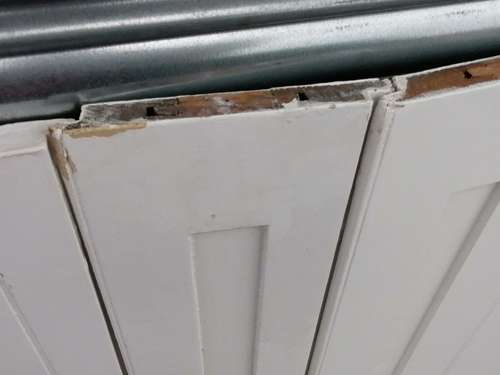